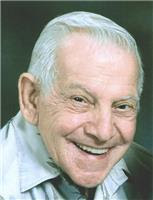 Joe honorably served in the Marine Corps during the Korean war. In Bristol he was employed at various automobile dealerships. In 1977, Joe and his family relocated to Indio, Calif. where he was employed as an automotive mechanic for General Telephone. In 1993, he retired and moved to Maui, Hawaii. After ten wonderful years in Hawaii he relocated to Las Vegas, Nev. and in 2006 settled in Bullhead City.

At his request, no services are planned.